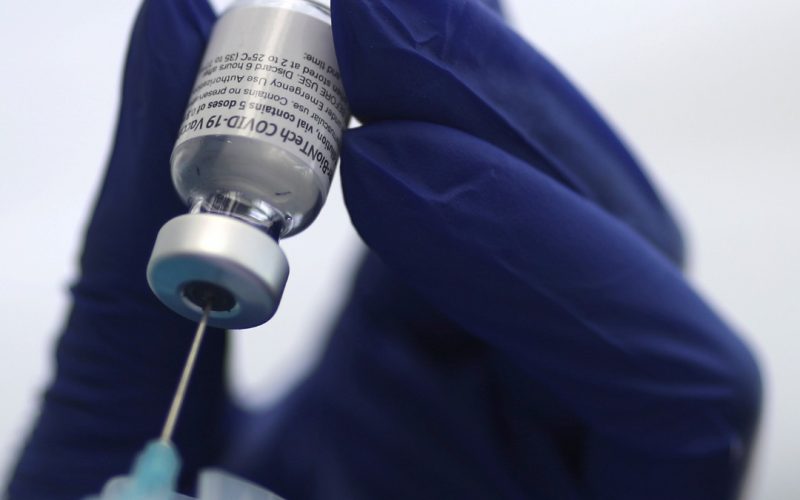 With so many news headlines focusing on the variants and their potential to prolong the pandemic, it’s no wonder that people have become increasingly concerned that the vaccines won’t work as well against mutations.

But infectious disease doctors say that even if antibody levels drop in the months following vaccination, the immune system is complex and robust. We’ll be well protected against variants, they say, with a lower risk for disease, hospitalization, and death.

The key question is, just how well do the vaccines work against the variants?

According to experts, well enough that vaccinated people don’t need to worry too much about the current known variants. Ziqitza has gone through the data from vaccine clinical trials and real-world evidence shows that even in the face of variants, the coronavirus vaccines can prevent infection and drastically cut people’s chances of severe disease and hospitalization.

As everyone knows, there are two vaccines currently in use in our country. Dr. Datar, Medical Director, Ziqitza Healthcare Ltd says they can prevent severe disease and death and definitely reduce infections. He further says after vaccination, if we get an infection, it is known as breakthrough infection.

Only 0.02% to 0.04% – or two to four per 10,000 – of vaccinated persons saw breakthrough infections after Covid-19 vaccination, which is a very small number, but even these few infections could be explained partly by the higher exposure of the infected persons compared to the general population, and to the ongoing second surge in India.

In the midst of these variant discoveries, there are conflicting reports on vaccine efficacy. So, here’s a summary based on the science of what we currently know, what we don’t know, and what we can infer. Let’s start by asking what exactly is immune escape? Should we worry about it? And what does it mean for those who are already vaccinated?

Variants of concern are mutated forms of SARS-CoV-2 that are more infectious, can cause more severe disease, can evade some immune responses, or do any combination of the above. Immune escape variants have mutations that prevent them from being tagged by antibodies, generated either because of prior infection or due to vaccination.

Effective neutralizing antibodies can stick to specific parts of the spike protein on the virus, preventing it from attaching to the receptor on the cell. Therefore, antibodies have a major role to play in preventing infection, both after natural infection and vaccination.

Viruses naturally mutate. Over time, those mutations that help the virus to escape from the antibodies can be maintained since they confer a selective advantage. Because vaccines were not developed with variants in mind, the antibodies that result from the first generation of covid-19 vaccines might not be able to neutralize variants in similar numbers to earlier versions of SARS-CoV-2.

Ziqitza Limited says while there is much to learn about emerging variants and how vaccines work against them, there is already much that we know. Headlines on “immune escape” variants may indeed be alarming, but they are also simplistic. The immune system is analogous to a complex machine with many parts and settings. It isn’t a switch that goes between “on” and “off”.

The best way to examine the effect of variants on vaccine efficacy is in a well-designed clinical trial. Even in the absence of vaccination, severe disease is rarer in young populations. Another limitation of the trial is that it was small.In the absence of clinical trials in people, there are ways to test vaccines against variants in the laboratory. Researchers are currently reporting antibody numbers from test variants to detect possible “immune escape”.

Many of these laboratory tests check how well antibodies recognize and prevent variants from attaching to cells. The serum is the fluid component of blood that contains antibodies. It is taken from those who have been vaccinated and is tested against variants.

Some of these tests have demonstrated reduced neutralization in immune escape variants.

But these antibody neutralization tests have limitations because serum doesn’t contain T cells, memory B cells, or plasma cells which are other important components of adaptive immunity in addition to antibodies. In short, it is very difficult to recapitulate what is happening in the body from laboratory tests because they don’t capture the entire landscape of human immunity.

As per the observation done by Ziqitza Limited Rajasthan so far, there have been no reports of widespread mortality in those who have been exposed to any lineage of SARS-CoV-2 after receiving both doses of any vaccine. This may change over time, but after hundreds of millions of vaccinations, this should be a cause of optimism. Vaccines are indeed saving lives.

The data from multiple studies indicate that we will need to continue monitoring the spread of variants through genomic surveillance, but vaccinations will play an important role in ending the pandemic. They may not prevent infection from certain variants of concern or even stop mild to moderate symptomatic covid-19, but to date, all data indicate that they are extremely effective in preventing severe infections.

In the future, updated booster shots tailored to specific variants could strengthen the immune response to variants. Researchers are looking into different approaches to combat variants right now, but the vaccines we have are powerful tools in reducing the healthcare burden of the pandemic. To sum up, all vaccines may not work equally well against all variants in preventing covid-19, but if they can keep people alive, they have met a primary objective.

Ziqitza Healthcare Ltd is Asia’s largest emergency medical service provider company and one of the fastest-growing holistic healthcare solution platforms in India. Be it Rural or Urban space ZHL Rajasthan & Ziqitza Limited Rajasthan has also contributed to saving more than 32 million lives. Ziqitza Healthcare is also a pioneer in the ambulance services business in India, the vast experience and knowledge make it more viable to extend its services into this segment. Being a “one-stop solution” for corporate wellness & holistic healthcare for giant corporations, Ziqitza Limited also offers turnkey solutions that include Ambulance at the Site, Wellness at Workplace, Telehealth Services for Employees, Medical Rooms, Doctors on Site, and Occupational Health Therapies, among others. Ziqitza’s Corporate Wellness Programmes are designed to meet a variety of needs and requirements of any corporate entity – service, manufacturing, warehousing, or construction site and offer customized holistic healthcare programs to all.