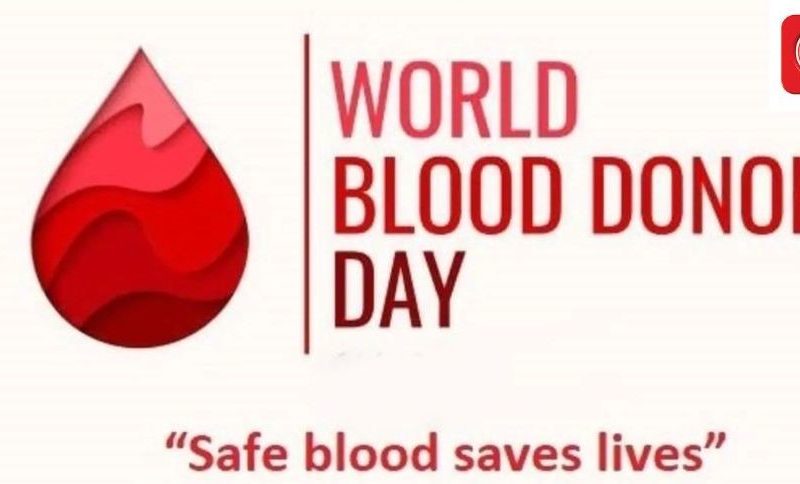 World Blood Donor Day was first distinguished by the World Health Organisation during the 58th World Health Assembly in the year 2005. It was marked as a global event to raise awareness about blood donation and its positive impact. Over the years, it has brought together people from various parts of the world to raise awareness and talk about the importance of blood donation. Ziqitza Healthcare, one of India’s leading healthcare organisation, points out that World Blood Donor Day is also celebrated to mark the birthday of Karl Landsteiner, an Austrian American immunologist, pathologist, who won the Nobel Prize in the year 1930 for his discovery and development of ABO blood group system and modern blood transfusion.

Ziqitza Healthcare Ltd states that for an ailing patient, blood is more valuable than gold. Ziqitza further explains that World Blood Donor Day is a joint collaboration between the World Health Organisation, the International Federation of Red Cross and Red Crescent Societies. The day is one of the eleven official public health campaigns marked, launched and advocated by the World Health Organisation.

India, on an average, donates around 11 million units of blood, against the required 13.8 million units. According to the World Health Organisation, the blood reserve of a country should be equivalent to 1% of its population. By this logic, Ziqitza Rajasthan explains that India experiences a deficit of 2.8 million units. Over the years, India has made tremendous strides in improving healthcare infrastructure, and has witnessed increased investments in improving accessibility to healthcare infrastructure. The union government has introduced many schemes and policies that aim to improve the primary healthcare within the country with the focus not just on preventive healthcare, but also on promotive and curative healthcare.

Since Ziqitza Limited is one of India’s leading healthcare organisation and is closely associated with many healthcare professionals across the country, it explains that, with the aim to promote blood donation and increase awareness about it, the central government has advised the state governments to set up blood group testing facilities at PHCs (primary healthcare centres), CHCs (community health centres) and hospitals at district level. The Union government has advised all states and union territories that such initiative will prove beneficial during the times of emergencies, and also during blood donation. The government has advised all government ministries, health institutions, and medical colleges to organise such initiatives on June 14, to mark the World Blood Donor Day.

ZHL Rajasthan points out that blood donation in India are shrouded under many misconceptions and myths which act as roadblocks in voluntary blood donations. India must address these chains of misinformation and raise awareness on the benefits of blood donation. This can be achieved by organising various awareness drives at community levels. Government, private sector and NGOs can leverage their combined capabilities and resources to conduct such awareness sessions in tier 2 and tier 3 cities, or in areas with limited accessibility to healthcare infrastructure. Ziqitza Limited Rajasthan says that such campaigns can also be organised in schools. In order to raise awareness about blood donation, the importance of blood donation can be taught in schools as part of syllabus with use case scenarios. This would prove beneficial in incorporating youth as the agents of change and they can mobilise the community in favour of voluntary blood donation.

Ziqitza Health Care Limited explains that World Blood Donor Day acts as a timely reminder to everyone. Blood donation is the noblest cause of all and it doesn’t cost anyone a single penny. India must look at adopting blood donation as an altruistic social practice. Voluntary blood donation around the world suffered gravely due to the outbreak of the coronavirus pandemic. The movement restrictions, and the fear of catching COVID-19 infection due to blood transfusion, caused voluntary donors to refrain from donating blood. However, there is no scientific evidence or a single incident in the world, wherein a person would have got infected with COVID-19 due to blood donation.

Blood donation as a social practice must be adopted and it is only possible when all social stakeholders responsible for acting as agents of change will combine their efforts and take cohesive and concerted actions to achieve it. There are innumerable numbers of patients whose lives can be saved, if they have access to easy and safe blood. We don’t need to be doctors to save lives. We can save lives by donating blood. Everyone can donate blood, except for people who are on certain medications or have certain ailments. Your physician can better guide you in this. Ziqitza urges every citizen to realise it as their social responsibility and donate blood as often as possible.