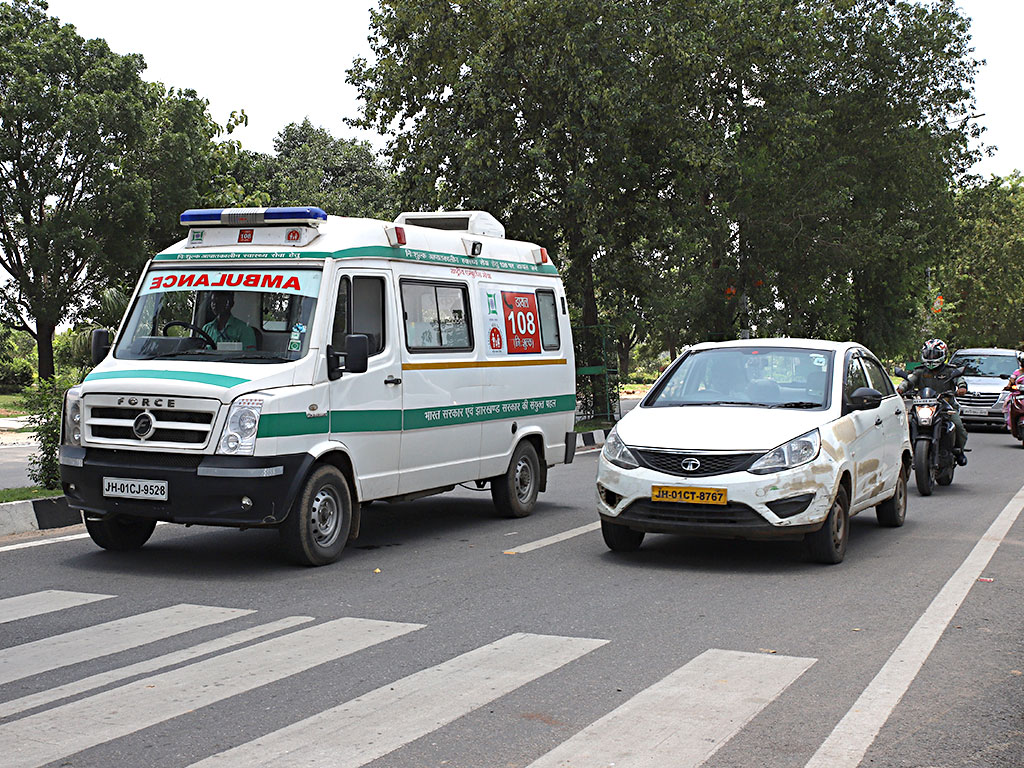 In times when the stringent motor vehicle law amendments are making headlines for all the wrong reasons, there is a ray of hope for the emergency medical services industry. To all those wondering, “What’s so positive about the new amendments for the healthcare industry?” Well, it’s the new rule that slaps the violators with Rs. 10,000 fine for blocking the way of an ambulance/ fire brigade on roads. Some of you may ask why someone would block an ambulance in the first place. Even we don’t know! We are saying it because we’ve observed it ourselves. Many of the 108 emergency service providers also reported blockage by vehicles as one of the causes of death of victims/patients. A video of an ambulance driver highlighting this issue while driving an ambulance went viral some time ago. Amidst hundreds of viral videos and memes on the harsher penalty of the new Motor Vehicles Act, you might have missed the positive outlook behind the amendments for the emergency medical services. Well, here are a few positive motives for your information:

Different government authorities and traffic policemen have always warned the drivers and riders that bad road behaviour may cost them their lives. Unfortunately, their warnings fell on deaf ears. Now that the bad behaviour of people costs them their hard-earned money, they are likely to follow the rules. Almost everyone is aware that wearing a seat belt, over-speeding, drunk and dangerous driving can burn their pockets. If caught driving under the influence of alcohol, then it is even worse. You may not only have to shed Rs. 10000 from your pocket but also end up in jail. The fear of hefty fine is, thus, likely to change the behaviour of people. As a result, it may bring down the number of accidental deaths or help them avoid severe injuries. The emergency response team will be then in a better position to tackle the accidental cases with their full capacity. The ratio gap between the number of emergency cases and ambulances available will further reduce. It is to be noted that we currently have only 8061 ambulances supported by the National Health Commission (NHM) under 108 emergency service, whereas we should have had at least 10000 ambulances to cover India’s entire population in 2009 itself. (Chakraborty et al. 2009)

With rules attracting higher penalties, the citizens will not only stop traffic violation but also have the accountability to give way to ambulances. It will help the ambulances reach the spot faster (within 15-20 minutes) from the moment you dialed the helpline number 108 or 102. It is possible only when the sense of responsibility is imbibed in every citizen to quickly respond to emergencies and give way to ambulances or fire brigades. Abiding by the rules will also enable you to keep yourself away from merely turning into a static figure with others, listed amongst over 23% of transport-related trauma sufferers. Thus, it is up to each one of us to be responsible enough to understand the positive impact of the hefty fine for road safety. And bring a shift in our perspective that we might have developed watching viral videos or browsing through memes on new traffic rules.

By this we mean it’s fine to enjoy browsing through memes on the new traffic rules or reading an article unless you ain’t doing it while driving. Also, we urge you to have the accountability to report situations to Ambulances operators like Ziqitza by dialing 108 or 1298 number and enable them to respond to these medical emergencies within the Golden Hour.