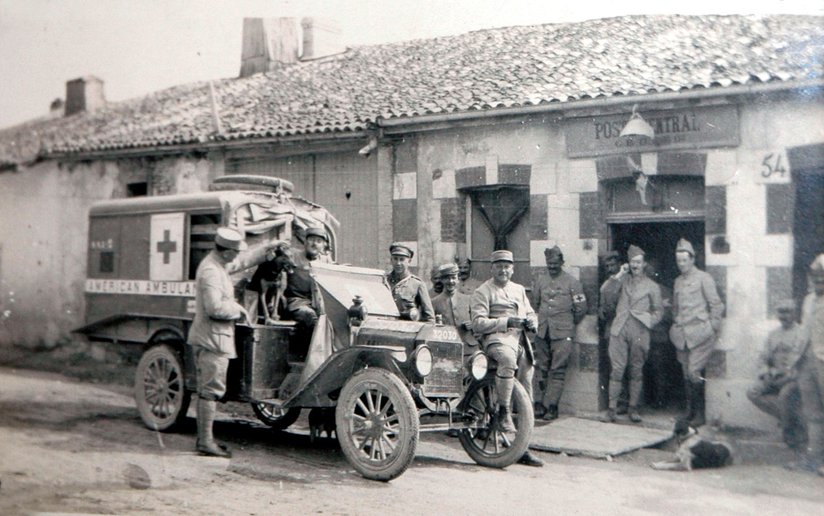 Ever since the beginning of mankind, accidents and injuries have been a part of everyday life. Disasters could take place at any time, and they did, throughout our history. With the birth and development of organised human society, even at its primitive stage, we quickly realized the importance of emergency medical services. The basic premise of emergency services and first aid originated on the battlefields of the Greek and Roman wars, where military and civilian personnel would treat wounded soldiers on the battlefield and transport them away from danger.

Napoleon’s European wars in 1792 saw the birth of the ambulance volante — or “flying ambulance,” which used a system of horse-drawn carriages to transport victims to hospitals to receive care and medical assistance. The system was in effect during the American Civil War as well, but one of the first precursors of modern day emergency medical services dates back to before the First World War. Ambulance services were operated by local funeral homes, using hearses to transport patients to the hospital. Understandably, the attendants had very little first aid training back then, contrary to modern day ambulance services which are both technologically advanced, and manned by highly trained paramedics.

At the time, ambulances were simply used as transportation devices to take patients to the nearest hospital. This soon proved to be inadequate, as many patients would end up succumbing to death along the way. Eventually, several medical services started devising ways for patients to receive preliminary medical attention while in an ambulance, thereby providing them with instant relief and considerably reducing the number of deaths. According to the West Virginia Department of Education, emergency services in New York City in 1869 had a 30-second response time, and came equipped with an Ambulance Surgeon and a quart of brandy for the patients, to help numb the pain.

Although the first gasoline-powered ambulance was the Palliser Ambulance introduced in Canada in 1905, World War I saw the advent of motorized ambulances on a larger scale. Electric, steam, and gasoline powered carriages were used to transport the injured, and were equipped with extraction splints, painkillers, stomach pumps, and other basic medical equipment. Post the war, ambulances started carrying two-way communication devices and radio dispatchers to cut down on the time needed to provide assistance. By then, advancements in treating bleeding wounds and broken bones also helped save several lives, and restore injured limbs.

By the time World War II began, antibiotics were being used by emergency services to prevent and treat infections, as well. Post the war, Ambulance Services were operated as a joint effort between towing operators, medical equipment companies, funeral homes, hospitals, and police/fire departments, indicative of what’s to come in modern years.

It was only during the 1970’s, that ambulances began to resemble the ones of the modern day world. The height of the roof was increased, along with the weight carrying capabilities of the ambulances, and sirens were made mandatory, along with tail lifts, ramps, winches, and stretchers. The 1980’s, on the other hand, brought about official legislation focusing on pediatric and geriatric care.

In India, the first instance of establishing EMS services was in Mumbai, in 1985, when 15 ambulances were connected to a centralized wireless dispatch center by the Association for Trauma Care of India. Owing to the Industrial Revolution and the considerable progress made in technology and healthcare, the Korean War witnessed the use of helicopters to evacuate wounded personnel to field hospitals, especially from difficult to reach places. This was further refined and perfected by the U.S. Army during the Vietnam War.

Since then, pre-hospital emergency care has consistently evolved and improved, aided by advancements and innovations in healthcare and technology. The modern ambulance, as a result, has become nothing short of a portable emergency medical center, fully equipped to not only stabilize the patient’s condition, but also carry out preliminary diagnostics to speed up the treatment procedure even before reaching the hospital. As more and more patient needs change, and we gain access to advanced, efficient forms of medical care and treatment, the applicable legislation will also continue being amended to better meet them.

Thus, in the years to come, emergency medical services will not only become more easily available, but their quality, efficiency, and response time will also continue to improve. Ultimately, we suspect, a day will come when EMS services will have become completely automated, assisted by bleeding edge technology like AI, robotics, and the like, painting the picture of a much safer and brighter future for mankind.