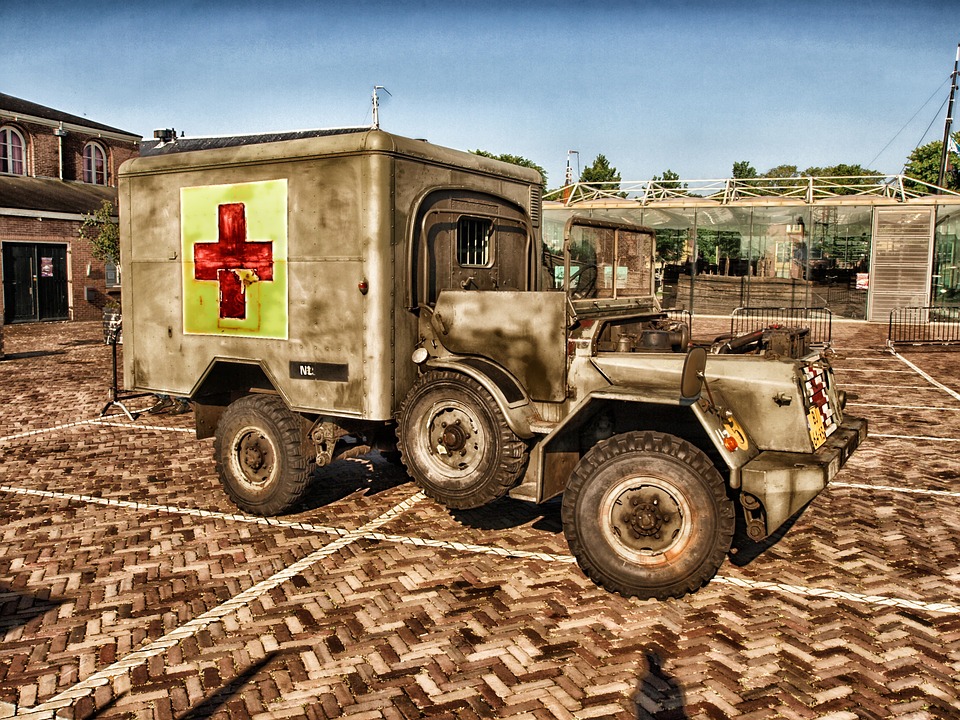 Ambulance Services are a need, more than a privilege for any citizenry. With increasing population in India, the medical services in general and emergency medical services in particular have lagged development. Delhi is a city of 22 million people, and has one ambulance for every 1.4 Lakh people, as the Wall Street Journal rightly noted in 2014. It has been more than apparent that emergency medical services have come a long way from bullock carts and auto-rickshaws to fully equipped ambulances including trained paramedics on board. Let us walk through the history of ambulance services world-wide, and closely look at the alarming need of the same.

Ambulances are recorded in the history of Europe from the 11th century onwards, whereas in the U.S. basic emergency medical services were prevalent since the 10th century. However, these services primarily consisted of hammocks carried by soldiers that were brought to the tents surrounding the battlegrounds, for medical treatment. It is quite unfortunate that the quality of ambulances began skyrocketing after the advent of the World Wars that shook the entire world with agony and pain. During the American Civil War, the early 19th century, horse-carriages were the fundamental emergency medical facilities available. However, with the advent of automobiles in the 20th century, gasoline powered vehicles were used to carry multiple patients. During the World War 1, motor vehicles had replaced the horse-drawn carriages completely, as the need for emergency medicine was growing rigorously. Air ambulances also saw its inception during the war owing to the large distances between doctors and patients. Eventually, doctors were being enrolled in the army to ensure quicker medical aid for soldiers.

After the wars had subsided, well-equipped ambulances became operational. Procedures such as the Cardiopulmonary resuscitation (CPR) and defibrillation were becoming out of the hospital methods of aiding critical heart patients. Gradually, owing to increasing fatal injuries in the modern age, ambulances were designed to be mobile hospital units as opposed to mere carriers for patients.

Although detailed history of the Indian Ambulances isn’t well documented, the National Health Mission (NHM) set up by the Indian Government in 2005 introduced significant developments in the emergency health care scenario in India. Not only is there Basic Life Support (BLS) and Advanced Life Support (ALS) equipment available, but through the 108 ambulances, operational in over 7 states, the government has striven to also modernize emergency services in terms of communication and speed with which they can be accessed. The 108 ambulance services use GPS technology in order to identify the nearest hospital that the patient can be transported to. The ambulances also have paramedics on-board who are trained to administer emergency medicines in the patient’s body while he/she is been transferred to the hospital. The police as well as the doctor can be connected via the tele-operator in case of any complications in the medical condition of the patient.

Thus, from hammocks, bullock carts, horses to GPS locating tele-phonic ambulance services, we have come a long way. Emergency medical services are crucial and need to be extended to not only urban, but also the rural population. The government in partnership with private organisations such as Ziqitza Health Care Ltd. – despite challenges of roping in the rural areas for access of these services – has taken multiple steps and focused its efforts towards rural locations so as to bridge the widening gap of emergency medical services in the country.

You can help us better our services too! Contact 108 in case of medical emergency and encourage your family and friends to join the team and help us serve patients more compassionately as well as professionally.