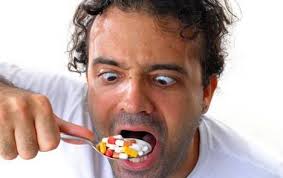 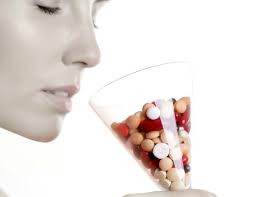 India has today come a long way in its journey of making affordable healthcare accessible to all, having made huge advancements in medical science and technology. A number of medical advice helpline numbers, such as the 104 helplines in Odisha and Madhya Pradesh, are also in operation, providing health consultations instantly over the phone. However, owing to the easy availability of a wide range of prescription drugs and medicines over-the-counter, the country still faces a major challenge, in the form of the practice of self-medication. As a matter of fact, according to the World Health Organization (WHO), self-medication is currently one of the most commonly practiced, yet alarming health concerns in the world.

Prevalent in most parts of India, the practice of self-medication carries over from generation to generation, mostly involving common drugs for fever, headache, and spasmodic abdominal pains. Usually, patients engage in self-medication for minor symptoms to save time and money, especially in the majority of the hilly tribal regions, and other hard to reach areas, which are severely lacking in the adequate human health workforce. Yet, certain chronic conditions like diabetes and arthritis have also been found to be treated with self-medication by many patients. In fact, one out of three customers visiting pharmacy obtains drugs without a prescription. While access to medical consultation has improved significantly, aided by modern technology and digitalization, such as in the case of the 104 medical advice helpline number, there still exists a severe lack of awareness of such mediums.

A number of extremely potent “over-the-counter” drugs, such as pain relievers, cough remedies, anti-allergies, laxatives, antibiotics, antacids, and vitamins can actually be purchased easily, without a prescription. As evidence to this, reports show that its prevalence in the country varies greatly, having increased from 31% in 1997 to 71% in 2011, with as much as 37% of urban India and 17% of rural India engaging in it, currently. The absence of a nationally recognized medical helpline number, aggravated by a tendency to neglect minor ailments, deters even educated patients from making the effort to consult a doctor or medical health helpline numbers, like the 104 medical health information helpline.

Anti-infectives currently comprise the second most widely and inappropriately used drugs, while painkillers occupy the first spot. This is highly alarming, as analgesics, or painkillers, have a high possibility of inducing gastritis, besides also increasing the risk of stroke by four times in patients suffering from high blood pressure. Paracetamol and cough syrups are also among the drugs most commonly used for self-medication, along with food supplements and alternative or experimental nutritional and pharmacological tonics. In addition to that, several drugs which have been withdrawn or discontinued in the West, owing to their harmful side-effects, continue to remain popular in India, for years on end.

What is most disconcerting about this scenario is the widespread ignorance of the countless dangers of this seemingly harmless practice. Self-medication can lead to a serious delay in seeking appropriate medical care, especially if the drugs being used are not ideal for the condition. Not only does this lead to a paradoxical economic loss when proper treatment becomes necessary eventually, but it also significantly shortens the window of time for the critically necessary treatment. Self-medication can also result in a dangerous interaction between restricted drugs, with disastrous side-effects, something which could have easily been prevented, if the patient had obtained care from a licensed medical practitioner.

Furthermore, the practice of self-medication for drugs like antibiotics can even cause misdiagnosis of a condition, exacerbating it manifold, or a build-up of resistance to certain pathogens. Most patients practicing the same also fail to complete the prescribed course for the drug, lowering its effectiveness on subsequent uses. Excessive use of sedatives similarly reduces the effectiveness of anesthetics in later years, making surgeries and other intensive procedures extremely difficult and risky. Addiction to painkillers is yet another highly detrimental outcome, which ravages the physiological as well as psychological well-being of an otherwise healthy patient. The chief among such concerns today is the practice of self-medication by pregnant women. If perchance, the drugs being consumed are in conflict with each other, or worse, there is a high possibility of the unborn child being afflicted with acute congenital anomalies and birth defects.

The situation is worsened as a result of the lack of strict legal restrictions and regulations monitoring the sale of drugs, depending on their potency and risks. As per the current laws applicable in India, self-medication is permitted for all over-the-counter (OTC) drugs, without necessitating a prescription. However, the bewildering aspect of this is, there exists no officially approved list of over-the-counter drugs in India. The OTC Committee of the Organisation of Pharmaceutical Producers of India is working tirelessly to improve awareness through the promotion of responsible self-medication and educating the general public as well as the government. But in order to bring about the kind of transformation in the domain that is needed right now, it requires equal assistance and attention from legal and administrative bodies.

The first step towards this objective involves the organization of wide-spread educational workshops and forums which impart knowledge to the general public about the nuances of medical drug use. In this regard, the regulation of pharmacies is also a critical complementary need to bring down the practice of self-medication. Policy makers and regulatory authorities also have an important role to play in devising ways to streamline the process of drug regulations, and updating the list of essential medicines, as well as safety concerns associated with over the counter drugs. Strict laws need to be formulated for the advertising and marketing of non-prescription medicines, so as to provide clear and accurate information regarding their benefits and risks. A re-evaluated national drugs policy with an essential drugs list, segregating prescription and non-prescription drugs, is thus, an absolute need of the hour. Accompanied by the same, sincere efforts will be required to improve the education and awareness of patients, doctors, and pharmacists, to discourage and eliminate the practice of self-medication in India.