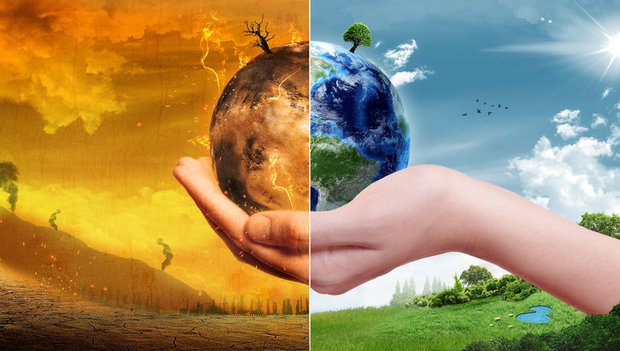 Since generations, global warming has been an active topic of interest for school children and occasionally, a few adult groups. Nonetheless, despite being aware of the pros and cons of climate change, we still continue to debate on the topic. Why? Have we not heard fables about the Great Flood and other myths that have emanated from histories across the world? The need of the hour is not to debate in a well-sheltered, temperate-controlled room with a bunch of scholars, but the need is to drive the change through our actions.

Fortunately for humanity, it is not too late as of yet. The worst part is yet to come and it’s time to act now. Because if we delay action further, there will come a time when nothing can be molded anymore. The repercussions of climate change are harmful and can be visualized like a domino. When one element of nature is affected, it trickles down to disturb the perfect harmony of nature in a disproportionate and harmful manner. Below are a few cases, which can lead to a sudden upsurge in health-related emergencies, since the human body is the first and foremost part that is affected due to extreme climatic changes.

There are also other phenomena resulting out of climate change, such as Frozen Rain. Frozen Rain occurs when rainwater comes in contact with a temperature that is below the freezing point. This leads to droplets solidifying as soon as they come in contact with the Earth. It can prove to be very dangerous, as it can be used to stab, puncture or harm others, imagine if it rained swords? That’s what frozen rain feels like and it’s already occurring in several Western countries.

Thus, global warming is no more a distant phenomenon; the effects are visible and growing. At this rate, it’s only about time that the ozone layer will get depleted and there will remain no protection from Ultra Violate rays for us. It’s important to realize the ways in which we can contribute, by saving water, making the best use of renewable energy, reforestation as well as investing in healthcare, so that when we grow old, we are not left guilt or lonely, but instead make way for the next generations to live and thrive.