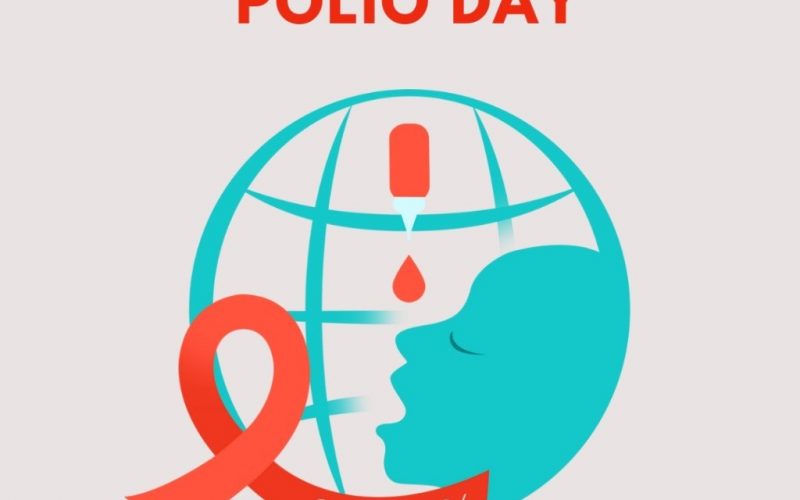 Every year, world polio day is being held on Oct 24. The day is conducted to spread the awareness of polio and to raise funds for its complete eradication from the world. The day is being celebrated for a decade on the occasion of the birthday of the scientist Mr. Jonas Salk, who invited the first polio vaccine. The day is also held to give honor to the effects of the staff at WHO and other organizations like Ziqitza that committed to the cause.

Polio, also known as poliomyelitis is a viral infection caused by the poliovirus. The first polio case was discovered in the USA in 1894. Till today, there are still new cases of polio every year. According to doctors at Ziqitza Healthcare ltd, the poliovirus is undergoing mutations and thus changing its structure and becoming a strong and new virus. That’s why complete eradication of polio is getting not possible. “We should raise the awareness of polio and collect funds to study about polio,” Ziqitza Rajasthan told on the month of polio day.

Children below the age of five years old get mainly affected by the poliovirus. 1 in every 150 cases leads to paralysis which cannot be reversible. Let’s check the possible symptoms of polio:

If not taken to the hospital in the initial stage of polio, the affected person could get paralysis which could be either reversible or irreversible. This paralysis can affect brain muscles and cause the life of the person. In such cases, we need immediate medical assistance. Ziqitza Limited provides such emergency services. Their 104 helpline!

It is a 24×7 service; one need not worry about the availability of an ambulance in the darkest hour. These ambulances can do an intercity transfer, advanced life support, and schedule patient transfer.

Their call center was situated in the states of Odisha and Madhya Pradesh. The ZHL Rajasthan helpline is intended to provide immediate medical attention so that every person could get the maximum required medical attention. Ziqitza Limited Rajasthan has highly experienced staff who can deal with several minors and mental distresses, ailments, along with details on health schemes and more.

Causes: The main cause of polio is, Poliovirus. This virus was spread to humankind through a monkey.

“The virus transforms from one person to another person through the oral route or the fecal route. If a person affected with the virus is likely to share his/her food with other people, the others too likely will catch the virus. In such cases, the virus goes to the intestine and develops in number gradually causing the muscle stiffness.” Explained a doctor at Ziqitza about the poliovirus. According to the doctors, when the breathing muscles are affected by the poliovirus, there are very few chances of saving that person.

Who are at high risk?

Children below the age of 5 years are mainly affected by polio. Many among them are getting irreversible paralysis which mainly affects their limbs.

Is there any cure?

“Polio has no cure. Only prevention can be considered in this case.” a doctor at Ziqitza healthcare told in an interview. Improving the immune system by getting vaccines multiple times will decrease the chances of getting the poliovirus.

There are two types of polio vaccines:

Every kid should get vaccination multiple times within their 5 years of age- suggested Ziqitza Healthcare Ltd.

There are mainly three types of polioviruses. They are:

Out of these, from many years, type 2 and 3 cases are not seen. So, scientists believe that these strains of viruses are eradicated. The cases of the first type of virus are also very less similar to earlier years. But, still, this type of virus should be eradicated too. “One shouldn’t take it easy as polio cases are less in number. We should always take precautions as the virus may have mutations to increase its strength. That’s why we should raise funds to study more about poliovirus.” Said doctor at Ziqitza Rajasthan.

Launch of GPEI:  GPEI stands for Global Polio Eradication Initiative. It was launched by WHO in their 41st world health assembly in 1988. It was headed by national governments, Rotary International, WHO, UNICEF, the Bill and Melinda Gates Foundation, and Gavi, the vaccine alliance. On this world polio day, a small private organization like Ziqitza Limited Rajasthan joins their hands together with GPEI to eradicate polio.

Purpose and target of polio day:

Even though the ways to eradicate polio were launched, the correct way of implementation is necessary. “Many countries including India implemented eradication methods correctly and thus became polio-free countries” ZHL Rajasthan stated. However, few countries like Pakistan and Afghanistan still have polio cases. Even though there are very few cases of polio worldwide, we need to spread awareness to prevent it completely. If one child in a country has polio then there are high chances of getting polio to every child in that country. That’s why we should probably concentrate more on the eradication of polio completely. By complete eradication of polio, the world can celebrate its success. No child will have to bear the paralysis lifelong over time. That’s why we should raise funds and spread awareness about polio on this world polio day.