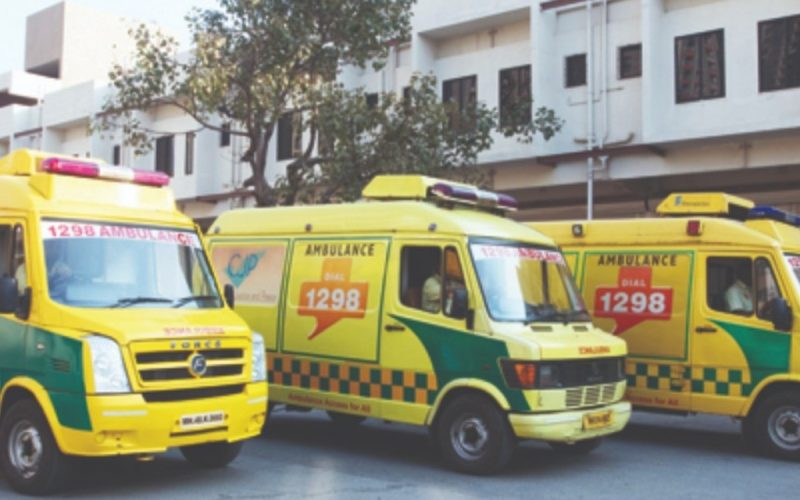 Ziqitza Rajasthan – Events, whether they are music concerts, carnivals, trade exhibitions, or even festive festivities, are always entertaining and energetic. With so many people from all walks of life coming together in celebration and merriment, such a melting pot of emotions and exuberance can easily devolve into an overly chaotic setting and ambiance. As a result, such gatherings have been afflicted by tragic disasters time and time again, eternally marrying them. Stampedes, fires, and other unforeseen disasters have erupted, causing significant and minor injuries, as well as deaths on multiple instances. In such situations, the presence of appropriate emergency services, particularly fully equipped ambulances, could have significantly reduced the number of casualties and fatalities. As a result, Ziqitza is going to tell you about the top five reasons why having ambulances at events is essential.

Large groups of people in a confined place, combined with a large number of variables, is a prescription for disaster. In this case, the primary responsibility of an onsite ambulance is to treat and prevent life-threatening injuries from turning fatal. If necessary, a fully equipped onsite ambulance can also act as a mobile medical unit in such situations.

The true threat to human life in big gatherings may not be fire or explosions, but rather the terror that such events may induce. Every year, panic leads to deadly stampedes in India, resulting in countless deaths in a single instance. The 2013 Ratangarh stampede killed 115 people, while the 2012 Sabarimala stampede killed another 100; such catastrophes are all too common in this country. Ambulances (and other emergency services) merely by being present onsite comfort individuals that they will be attended to promptly in the event of a casualty, reducing panic.

Ziqitza’s Healthcare ltd Modern ambulances are able to deal with a variety of injuries, including burns, heart attacks, blunt force trauma, and overdose. As a result, they are more than competent of dealing with any potential calamity that may occur during a large-scale event.

There is always a heightened risk of mishaps and accidents when there is a large assembly of people, such as at a large-scale event. Anything could happen in such a huge area with so many people in attendance, from passing out due to heat and tiredness to meeting with an unexpected accident. As a result, having a number of ambulances on standby, each equipped with all of the necessary gear to give emergency medical assistance in the event of a disaster, is not only advantageous, but also necessary for the event to run smoothly and without a hitch. It guarantees that the situation is contained as soon as possible and that the harm is kept to a minimum. For example, the Mumbai India team always ensures that 1298 ambulances are present at all IPL matches in Mumbai.

With the festive mood having a stirring influence on everyone, alcohol drinks are practically an unavoidable feature of most closed-air events. Inhibitions are lifted when alcohol is freely flowing, and everyone becomes much more vivacious and effervescent. Things frequently go wrong in the midst of this, and people become rowdy, resulting in violent outbursts and tussles. Drunken brawls are not only prevalent, but they’re also a lot more deadly than people realise. When you add shattered bottles and physical aggression to the mix, you’ve got a recipe for disaster waiting to happen. This is why, in addition to effective security, having an ambulance on standby is also a must in such a case.

Traffic conditions are affected by events

Due to the massive crowds that typically attend most major events, traffic in and around the event area is usually horrendous. Getting from one location to another becomes a major challenge, with few options for transportation available most of the time. In such circumstances, emergencies and mishaps can be exceedingly dangerous, as it would be nearly hard to get the victim out of the region and to a suitable hospital or medical centre in time to receive the necessary medical care. As a result, the need for a fully loaded ambulance on standby at the event becomes painfully clear, and it is frequently the decisive factor in a victim’s life or death.

Speed When it comes to saving people’s lives, time is of the utmost, and any delay can be fatal to the sufferer. Large events often put a pressure on the infrastructure surrounding them, such as roads, bridges, and walkways, making it impossible for emergency vehicles from other sections of the city/town to respond quickly to an incident. As a result, having an ambulance on site cuts response times significantly in the event of an accident.Any event organizer’s top focus should always be safety and security. With so many lives on the line and so many hazards that could result in unimaginable devastation, it’s always essential to take every precaution to limit any potential damage. If you’re an event planner, you’re in luck because Ziqitza Healthcare offers 1298 Ambulance services for events such as cricket matches, football matches, corporate ceremonies, and a variety of other large gatherings. You may rest confident that your safety is in good hands because of Ziqitza Limited impeccable track record.