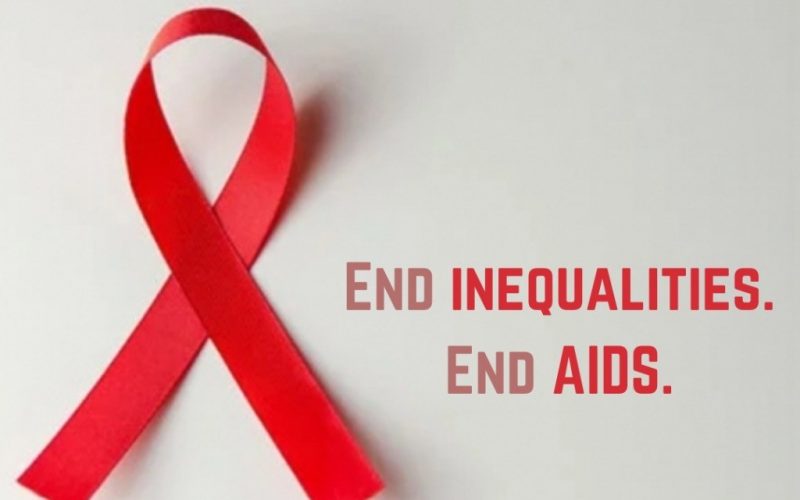 Acquired immunodeficiency syndrome (AIDS) is a chronic, potentially life-threatening condition caused by the human immunodeficiency virus (HIV). By damaging the immune system, HIV interferes with the body’s ability to fight the organisms that cause disease.

Division, disparity and disregard for human rights are among the failures that allowed HIV to become and remain a global health crisis. Now, COVID-19 is exacerbating inequities and disruptions to services, making the lives of many people living with HIV more challenging.

Ziqitza Healthcare Limited, as an Emergency Service Provider, we are at the forefront with the various state government and corporates to ensure that our services which are so critical are not hampered at all.

The theme of World AIDS Day 2021 is “End inequalities. End AIDS”.  With a special focus on reaching people left behind, WHO and its partners are highlighting the growing inequalities in access to essential HIV services.

On 1 December 2021, WHO is calling on global leaders and citizens to rally to confront the inequalities that drive AIDS and to reach people who are currently not receiving essential HIV services.

HIV and AIDS are not the same thing, but they are interrelated. HIV is the strand of virus that causes the disease and AIDS is the fourth and final stage of the disease that can lead to death. There are also 2 different types of HIV viruses: HIV I and HIV II. The former is more infectious, while the latter has a lower infection rate.

The Sub-Saharan region of Africa has the largest population of HIV infected people, and is the most common place to be infected with HIV II. The numbers of people who are HIV positive are estimated to be between 21.6 and 27.4 million people and of the 2 to 3 million are children under the age of 15.  In many countries, HIV is an epidemic with those who are HIV positive protected by anti-discrimination laws in the workplace.

Over the last few years, some people have been found to be immune to HIV and have been able to fight off the virus. This immunity has been traced to a human immune cell called the CD8+T. These cells attack and inject poison into any HIV-infected cells they find. Now that scientists are aware of this, they hope to understand how this process works and create a usable HIV vaccine.

The HIV virus itself has a unique structure that makes it easy to attack the bodies immune system and difficult to kill. HIV is a mutant super virus, as it has a very fast replication system that helps it mutate faster. This makes it easier for the virus to become immune to antiretrovirals, which are the drugs used to keep the condition under control.

Ziqitza Limited Rajasthan Corporate Wellness Webinars continuously reinforces that the person when infected with HIV virus may show initial symptoms of viral infection such as fever, headache, rash or sore throat. Many may not experience any symptoms at all.

Individuals can reduce the risk of HIV infection by limiting exposure to risk factors. Key approaches for HIV prevention, which are often used in combination, include:

Doctors at Ziqitza Rajasthan also believes in the spreading awareness regarding HIV& AIDS to ensure timely prevention of the disease.

About Ziqitza Healthcare Ltd –Ziqitza had been set up with a vision to assist in saving human lives by providing a leading network of fully equipped Advanced and Basic Life Support Ambulances across the developing world. Ziqitza Limited has currently more than 10,000 people working tirelessly, day and night, to serve people in India. ZHL Rajasthan and Ziqitza Limited Rajasthan is currently operating more than 3300 ambulances across 16 states and have served more than 28 million people till date.