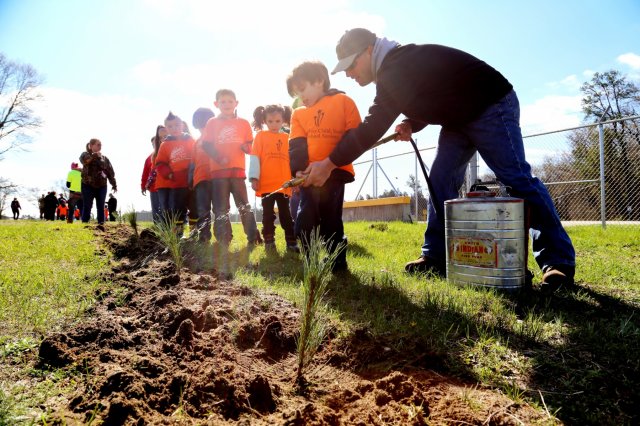 The recent cyclone Fani swept through parts of the nation, leaving behind a trail of destruction in its wake. Odisha suffered huge losses in critical infrastructure – power, telecom and water supply and close to one million trees that were uprooted. For the people living there, not only did they lose their green cover, but they also saw years of memories being taken away from them.

Besides the personal impact they prevent, trees have an enormous ecological presence and are crucial in the fight against global warming. Amongst the many benefits they offer, some species of trees also contain hurricane-resistant properties, which would be highly helpful along the eastern coast of the country. The major reasons why tree plantation during this time is of importance are:

Oxygen in the time of pollution:

Oxygen is one of the most important needs of any human’s life, and the best source for it is trees. Additionally, trees also help in reducing the levels of carbon dioxide, CFCs and other pollutants in the earth’s atmosphere, and store carbon in their wood, providing fresh air for all, and slowing the rate of global warming.

Trees have the ability to host up to five hundred species within themselves. When young, they offer habitation and food to a host of communities containing birds, insects, lichen, and fungi. When they are older, their trunks provide a hollow cover needed by species such as bats, beetles, owls, and woodpeckers. In the absence of trees, many species lose their homes and are forced to relocate to find suitable accommodations. However, as the cover of trees is steadily on the decline, they are unable to do the same and are in danger of facing extinction.

Trees often act as anchors for the earth’s surface. Species such as the Banyan tree have extensive roots that hold onto the soil and help in steadying the surface. This has helped in reducing the impact of landslides, rock falls, and avalanches. During floods, trees soak up the water reducing the damage brought on by the same. More importantly, some slow-growing trees have hurricane resistant abilities and they assist in providing relief against this natural fury.

Trees improve the quality of air in the vicinity, and this has become a very important selling point, with both residential as well as commercial properties. Studies have shown that housing properties with mature trees in their vicinity have five to eighteen percent increase in average price as compared to others. Companies also benefit from a healthier and happier workforce if there are parks, and thus, trees around.

Has personal and spiritual value:

One of the reasons people were devastated to see the environmental damage in the wake of Cyclone Fani was because they saw trees that they had helped grow and nurture being uprooted in front of their eyes. Trees are not just a cosmetic part of the ecosystem; they have personal value for the people living around them.

Take inspiration from organisations like Ziqitza Healthcare Ltd. (ZHL) – one of India’s fastest emergency response service providers, whose employees recently conducted a tree plantation drive, by successfully planting saplings in its 108 ambulance services’ office premises in Madhya Pradesh. It is time for the citizens of this country to take cues from such noble initiatives, and come together to work towards environment conservation in coherence to mitigate natural calamities.