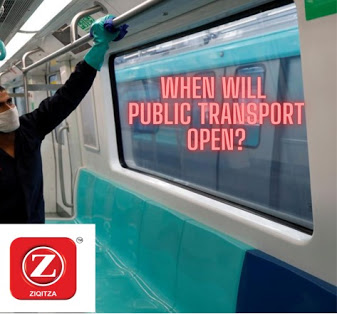 In a country like India where the public transportation serves 7 crore people and road trips that records to 1645 crore km total distance annually, it would be safe to say that the livelihoods of many, many people are affected due to the shutting down of the services in the pandemic. Many questions remain to be answered but here are a few answered by this Ziqitza Healthcare ltd blog.

Why do we even need to open up public transportation?

Since a safe vaccine is not within our near reach and with the country being opened up to avoid total economic collapse, there is a desperate need to open up public transport but only with more than adequate safety measures.

What is the plan to open up public transport?

In states like Uttar Pradesh, more and more public buses are on the road testing out staggered services to devise a plan that will work according to demand and supply as more and more people start going to work. There are guidelines on proper sanitation and ensuring the safety of not only the passengers but of the workers as well, but it ultimately depends on the local government that the people elected to carry out the decision and properly implement it.

In a city like Mumbai where the local trains are the transport service for more than 40% of the entire population (total population- 20 million, local train users- 8 million), a misinformed, hurried decision can lead to a complete disaster in an already ongoing disaster. Although, the Mumbai authorities have indicated that public transport including local trains will start on November 1, 2020. These will be carried on with safety measures decided by the BMC- Bombay Municipal Corporation.

It has been a topic of hot debate in metro cities of opening up metro rails as the Metro just like other public transportation services serves all people indiscriminatingly but on a much larger level.

The Delhi metro alone serves 1.5 million passengers ranging from students to workers to people trying to get around the city. Opening up such a multi-faceted transport service that some might say is an intricate death trap for a pandemic will be a mammoth task.

Suggestions like clearing up stations and having a maximum station capacity are being reviewed. All passengers will be required to indulge in personal protective gear and no exceptions will be entertained.

What precautions will the government take to ensure our safety?

Well, there are a lot of suggestions that have been given to local governments by their people which are being considered for forming new rules for public transportation. However, the general guidelines that the state governments should follow are a proper check of employees, sanitization after every use, and maintain social distancing. Though again, all discrepancies are in the hands of the local government.

The DMRC or the Delhi Metro Rail Corporation has issued some strict but robust new rules that can help the general public make use of Delhi’s public transportation amidst humanity’s worst pandemic. Tokens will be stripped away and all passengers will be required to be registered on the AarogyaSetu app. Workers will be tested periodically and will maintain zero contact with passengers as before. Personnel will be deployed to ensure no breakage of rules by the general public. The AC will be modified to keep a constant circulation of fresh air and only alternative seats can be occupied.

In Rajasthan, the local intra-state busses will also be sanitized after every ride and will operate with a 50 percent capacity. This was decided by the transportation minister, Pratap Singh Khachriyawas.

What about other forms of transport like Ola and Uber?

Apps like Ola and Uber that provide contracted cab services are considered public transport as well and hence will have to adhere to the government guidelines.

The driver and passengers have to wear a mask at all times and a separation between the two should be maintained through the use of a plastic curtain. Pool services will not be allowed anymore and in addition to that, no more than 2 passengers can get on the same cab. The driver is expected to sanitize his/her car after every ride and maintain as little contact as possible with the passenger.

Is opening up public transport necessary?

Ziqitza Healthcare is the largest social enterprise in India and sub-Asia. Our mission is to be the best emergency response and ambulance service provider .

Ziqitza Healthcare ltd has worked under the central government in the National Health Mission (NHM) to launch and operate a nationwide emergency helpline that provides free ambulances to a tax-paying citizen of India.

We can’t prevent tragedies from occurring in India, but what we can do is provide the best emergency services in the world to the Indian people. That’s why Ziqitza Healthcare is now working on developing a tempo ambulance that can house much, much more equipment than regular ambulances. These Ziqitza ambulances will pave the way to sparse ambulance deaths and bring India on the map of the best emergency services.

Ziqitza Limited in past was also the official ambulance provider for the most successful IPL franchise, Mumbai Indians for matches in Mumbai. We aim to be the best ambulance operator in India and provide the Indian people with services that match up to the international level.

Read more about us  here.