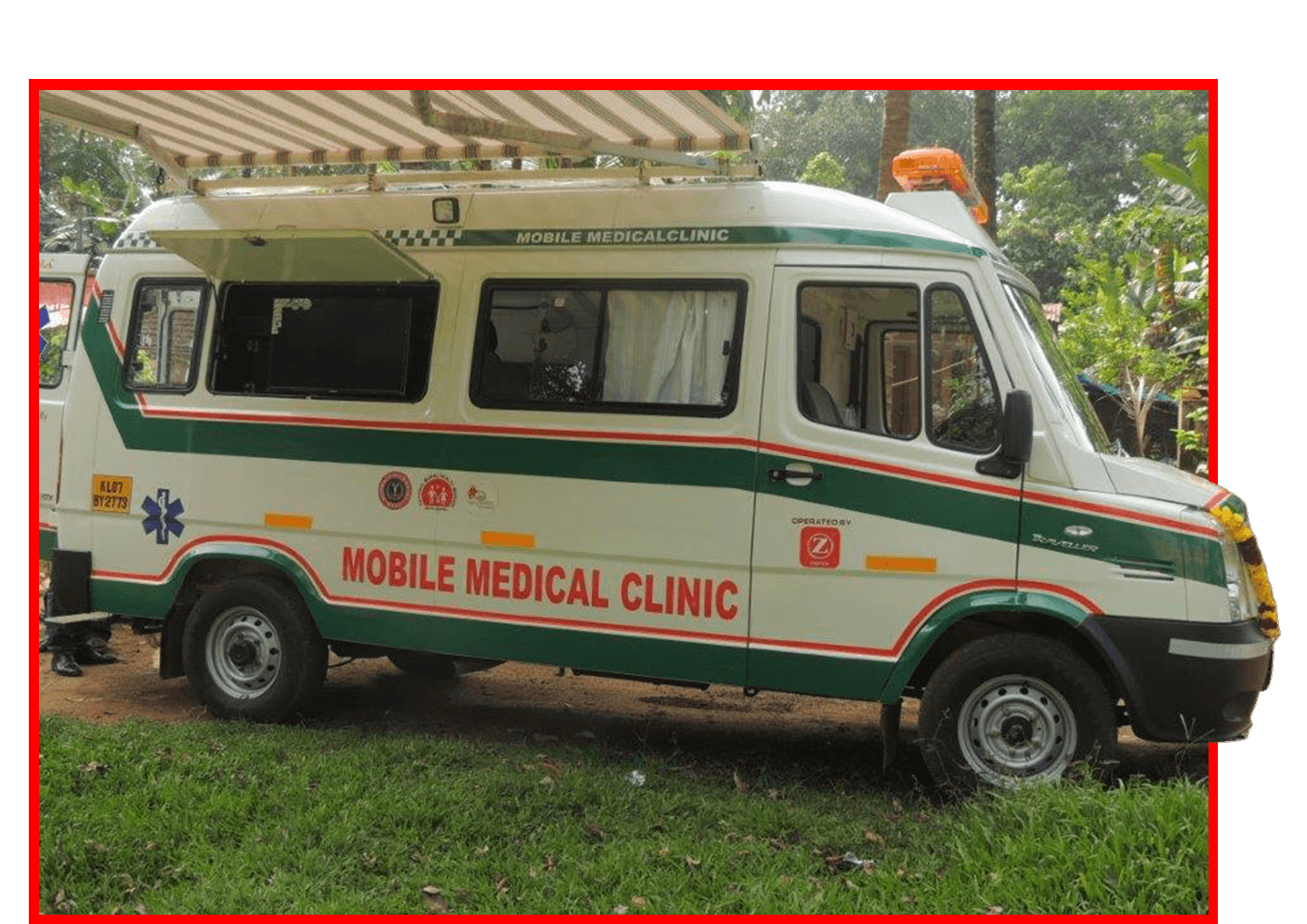 According to the United Nations World Health Organisation (WHO) as well as the Universal Declaration of Human Rights, timely and affordable medical care is a basic necessity for individuals across all strata of society. While the Government of India has undertaken several initiatives as part of its Five Year Plans, National Health Policy and Public Private Partnerships (PPPs) for the overall development of healthcare; last mile connectivity of quality and affordable medical care continues to be a challenge till date. Additionally, a report by Credit Suisse’s Global Wealth Databook in 2014 recorded that only 10 per cent of the India’s population held more than 70 per cent of its wealth, revealing the widening socio-economic gap in the country. As a result, over 700 million people, a whopping 60 per cent of the total rural population, live below the poverty line. Given the magnitude of people who don’t have access to basic healthcare, Mobile Medical Units (MMU), can help provide this in an easy and affordable manner. In the past, Mobile Medical Units comprised makeshift medical camps under a tree, on the outskirts of villages. Generally, a Mobile Medical Unit was equipped with a doctor, a nurse and a helper, who were trained to recognize symptoms of health related ailments, conduct basic diagnosis of common diseases, prescribe medication and referrals to specialized clinics in case of further medical complications. Using this model, Mobile Medical Units were able to cover four to five villages in a single day. However, with advancements in technology, Mobile Medical Units evolved into Mobile Medical Vans, which work with greater speed and efficiency. With the availability of these vans, raising awareness, ensuring preventive vaccination and encouraging regular medical check-ups among the rural population became a possibility. Mobile Medical Units have helped mobilize healthcare to conduct screenings, basic diagnosis and sometimes complex medical treatments closer to people’s homes. Regardless of the difficult terrain, low connectivity or institutional barriers, medical care can be made available to people across socio-economic groups, with minimum expenditure and relatively lesser operations and management responsibilities, as compared to those required by fully functional hospitals. By collaborating with medical colleges and trainee healthcare institutions, Mobile Medical Units can also give students a window of opportunity to perform basic diagnostic procedures for practice and help the needy, at the same time. Such experiences can also serve as an understanding of the on ground difficulties that are slowing down the progress of healthcare in the country and be an opportunity for them to make a difference by providing solutions to the existing problems. India accounts for over 97 per cent of malaria deaths in South East Asia, out of which 90 per cent occur in rural areas. However, with the help of Mobile Medical Units, we can carry out the necessary tests, treatments and raise awareness about prevention of malaria. Similarly, when Ebola broke out and rapid spread of diseases such as swine flu, malaria and typhoid caused panic, Mobile Medical Units could have helped bring the situation under control in a timely and affordable manner, with the use of the right facilities. In the Indian healthcare landscape, emergency medical service providers such as Ziqitza Healthcare Limited, play a crucial role by bringing people in need of emergency care, closer to the required treatment. However, with the widespread usage of Mobile Medical Units, portable hospital facilities can be brought closer to the people, for basic, faster and affordable treatment. Thus, Mobile Medical Units provide unprecedented benefits not only in devising better disease prevention and cure tactics, but also for increased accessibility of medical care during emergencies, especially in the remote areas of the country.