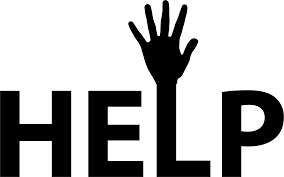 The issue of women’s safety in India

The safety and security of women in India has been a concern for centuries now. As a majority of them are in rural areas, seeking aid and support when in a crisis has been a far-fetched solution for these women. Earlier, emergency helpline numbers like 181 and 112 were unheard of, and therefore, heinous crimes against women were on a significant rise across urban and rural regions of the country.

In fact,  in 2018, reports by the Thomson Reuters Foundation ranked India as the most dangerous country for women with regard to their safety due to a number of mishaps, harassment cases, and an increase in crimes against them. Several reports and polls in the past to have indicated the same, wherein experts were interviewed, and it was found that not much was done to curb their distress. This includes making laws with respect to crimes against women extremely stringent, designing public transport in order to ensure women’s safety, initiating strategies for workplace safety, or introducing effective SOS solutions like the 181 helpline number, an emergency panic button, and related numbers or features that are accessible to women 24X7, and free of cost.

The emergence of measures for ensuring women’s safety

With the appalling surge witnessed in crimes against women in several parts of India and the nationwide public outrage that most of them generated, the government realized the urgency to plan and implement robust measures to ensure the safety of women. This planning commenced with traditional methods to protect women, which contributed to a certain extent, but it took a while for them to recognize and action faster and more effective ways to achieve the same, such as using digital platforms, and activating emergency helpline numbers including 112 and 181, among several others.

It has been observed that maximum harassment against women happens on public transport. Data from Indian Railways has indicated that the number of rape cases has risen from 7 in 2016, to 10 in 2017 and 15 in 2018, while other assault and molestation cases witnessed a decrease from 2016 to 2017, but have been on the rise again, since 2018. To improve this situation at the earliest, the government launched a number of initiatives for the safety and well-being of women across cities as well as remote areas of the country.

To begin with, there has been a noteworthy increase in the number of women joining the Indian police forces, which has aided in instilling a certain sense of security amongst several women, especially the young working segment, as they are the ones opting for public transport more frequently, even after peak hours on several occasions. Quite a few of these female cops have been specially deployed for public transport, along with CCTV cameras being installed at railway stations and other key public places. Moreover, there are special desks with female officers at police stations to attend to the grievances of women.

The present scenario: Leveraging technology for the greater good

As technology is taking over the world with each passing day, with developed countries optimizing it, India is also gradually embracing and adopting the advantages it brings along, especially with regard to ensuring women’s safety across the country.

For starters, several states have launched and currently operate the 181 and 112 emergency helpline numbers to provide relief to women in distress, whether it is in a public place, at home or even their workplace. These dedicated numbers are operational 24X7, are toll-free and available to women promptly, and have integrated call centers that operate round-the-clock for providing legal or police aid as well as medical services. Ziqitza Healthcare Limited has also operated 181 Police Helpline in Punjab to provide timely assistance to the caller in need. Set up in association with Punjab Police and the Government of Punjab, the 181 helpline service handles over 1,00,000 calls in a year, related to all kinds of harassment cases like domestic violence, rape, acid attacks, and more.

Furthermore, several robust applications have been launched by the government that can be accessed on the mobile, and serve as security guards for women, to keep them safe in every possible situation. These include Eyewatch SOS for Women, SpotnSave Feel secure, iGoSafely, Smart 24×7, bSafe, Shake2Safety, Trakie, My SafetyPin, and many more.

As travel safety has been a major concern with respect to women, there exist, GPS trackers that can be used by women, including those belonging to the working class to keep their near and dear ones in the loop of their whereabouts, especially when traveling late at night. Moreover, smart navigation through applications like Uber and Ola, which work closely with the police, help ensure the safety of female passengers and drivers. These applications have upgraded functions and response teams that are always available for users, with a zero tolerance policy with regard to harassment and injustice against women.

Besides existing initiatives, facilities and features, the government has also announced upcoming solutions for ensuring the safety and well-being of women in India, irrespective of time and place. The Women and Child Development (WCD) Ministry is already in the process of launching a panic button (conceived in 2015) on mobile phones, across 14 states of the country as an emergency response system for women. Moreover, the Maharashtra government is also set to provide affordable necklaces with a GPS and panic button, for helping women in distress and emergencies.

While India still has a long way to go to be recognized as a safe country for women, sincere efforts by the government like the 181 and 112 emergency helpline numbers, mobile applications, and a significant increase in the female police workforce among other measures are certainly making for a start to achieve this end goal.