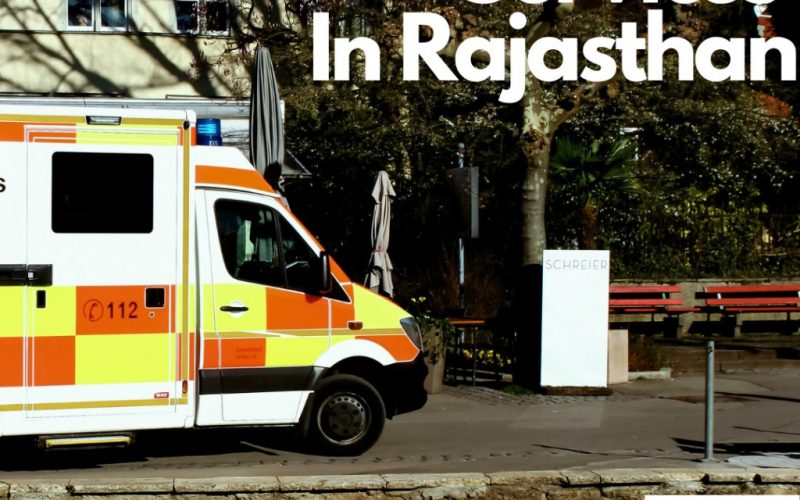 Rajasthan is one of the most unique states of India. It has a vast history of beautiful culture and pragmatic discoveries. Ziqitza Healthcare Ltd has its roots in this significant state and at first, started as Ziqitza Rajasthan but now has been headquartered in Mumbai, Maharashtra. So it is time to revisit the state of Rajasthan and its emergency services.

It is of no news that female infanticide is quite prevalent in Rajasthan. The sex ratio for females per 1000 males is a meager 928. This is comparatively lower than the national average of 943 females per 1000 males (recorded in 2011). The life expectancy of the state of Rajasthan is 67.5 which is again a tad bit lower than the average life expectancy of 68.8.

What Is The Reason For Such Statistics?

Rajasthan much like most states in India is a largely agrarian/labor state. This means that the majority of the population lives in rural areas away from the facilities of cities. Many people living in the villages of Rajasthan don’t even have access to water let alone proper emergency and medical facilities.

Though it is interesting to note that rural areas in Rajasthan have a better life expectancy for women than those females living in cities, and rural women in Rajasthan have much better. So the situation is not that bad as the above statistics display.

The main reason behind such poor stats for infant mortality rate and life expectancy when compared to the national averages is because of harmful public health sector practices.

There are not enough public medical institutions in Rajasthan like public hospitals, community health centers, or clinics. There is a very skewed ratio of private and public medical facilities that tips enormously towards the private sector.

How Is Healthcare Abused In Rajasthan?

Since there is a lack of proper public healthcare systems in Rajasthan especially in rural areas, people seek private medical care. These results in two things: A monopoly of healthcare services for the general public by private institutions and the subsequent exploitation of the patients.

The total public expenditure for urban and rural areas is almost the same ( 1,991.99 crores for rural areas and 1,978.17 crores for urban areas). This is the biggest factor for the monopolization of healthcare services by the private industry. Private hospitals charge exorbitant amounts for consultancies and offer treatments according to their maximum profit.

The patients are thus exploited for their money in several ways. Since the healthcare provided in their rural residential areas is either subpar or non-existent, they travel long ways to reach the city and put up with enormous private hospital bills. On both sides of the coin, the general patient is the one who suffers losses.

It’s Not All Bad

Despite all the dreary statistics and powerful control of the private institutions over public healthcare in Rajasthan, the situation is not all that bad. The government has taken many steps to improve the healthcare facilities of rural as well as urban Rajasthan that include several schemes aimed at bringing better medical facilities to citizens.

Some of them include RJJSY (Rajasthan Janani Shishu Suraksha Yojna) where women who give birth to a girl child will be given 2 installments of Rs 2,5000 for the welfare of their infant. Through schemes like these, the government aims to dissolve the female infanticide issue once and for all. Many other schemes are also in play that provides free or partially covered medical healthcare for rural citizens of Rajasthan.

One more thing that the government of Rajasthan has taken up is public-private partnerships. In these partnerships, the state government in association with National Health Mission partners up with private service providers that helps the citizens of that state by providing their services at a subsidized amount for which Ziqitza was operating Dial 108 free ambulance service to provide healthcare facilities to the people of Rajasthan.

In addition to emergency services, Ziqitza Healthcare also focuses on wellness programs for corporations and it provides several physical as well as mental health exercises. Ziqitza programs include team-building exercises, yoga, and many more practices that are essential for the well being of an employee.