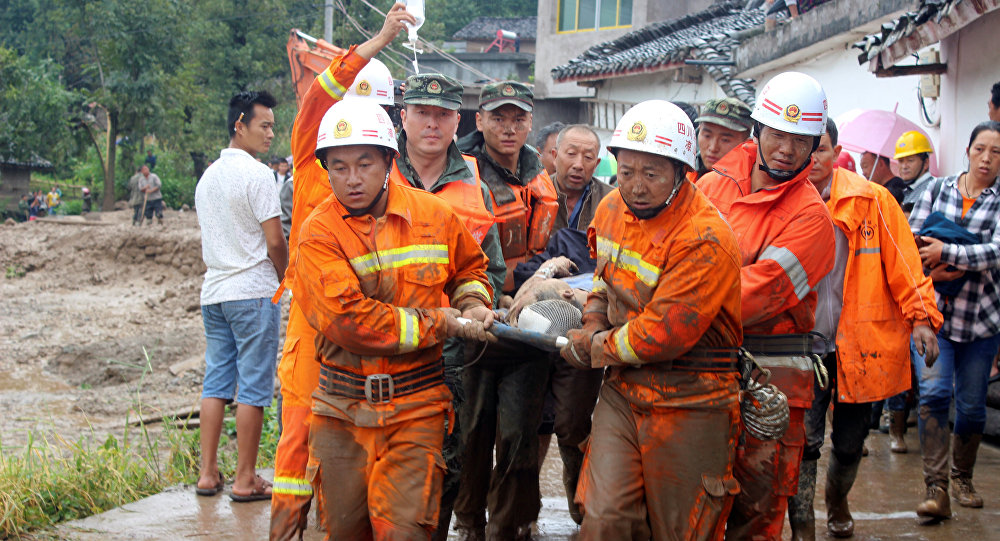 Since medieval times, China has been highly prone to earthquakes and other natural disasters such as storms and landslides. The Wenchuan Earthquake of 2008 killed nearly 90,000 people and injured many more thousands. The earthquake that hit Sichuan province in 2013 witnessed well-planned response measures to minimize damage and maximize recovery of citizens.

During the Sichuan earthquake, scientific and technological means of recovery were used such as alarm systems that rang 5 seconds after the earthquake began. This helped many flee from the epicenter of the earthquake and saved them from collapsing buildings. Use of life detectors as well as social media played a crucial role in saving thousands of lives.

However, when the geographical location is naturally earthquake prone, it does not leave much choice than to be equipped with necessary measures, beforehand. Therefore, China decided to take multiple measures as mentioned below:

More than half of the Indian population resides in rural areas, making it difficult to communicate to them during calamities. Additionally, the penetration of emergency healthcare facilities is significantly lesser in these areas, which becomes a huge challenge for the Government. Some of the measures taken by China thus can prove to be extremely helpful for the Indian subcontinent as well. Imagine if people were informed about the risk of natural disasters in their region or town; or if we could train and provide awareness to the rural masses by organizing training sessions in basic disaster prevention and emergency management in schools or rural centers, steps such as these can help us alter the situation efficiently.

The need of the hour for a country like India is to transform its ways of mobilizing technology to benefit the existing situation of emergency medical care. Not only satellites but even the penetration of the internet can bring about immense changes in terms of the manner in which we deploy awareness and emergency care. This could also be helpful to train paramedics and provide them with ample career opportunities so that information dissemination can germinate from their own communities rather than external resource persons. Thus we need to act before the situation becomes uncontrollable, and move away from a reactive approach of emergency medicine to an active approach.

China has also invested enormously in creating centers for psychologists, in order to help people affected with trauma during or after a disaster. Mental disorders are increasingly a cause of worry especially in the aftermath of calamities and need equal attention. Hence, there are many measures that can be borrowed, tweaked as per Indian needs and applied for the better. By initiating services such as the ones listed above, the scenario of emergency medicine can be altered drastically, lives can be saved more efficiently and panic can be controlled adequately.