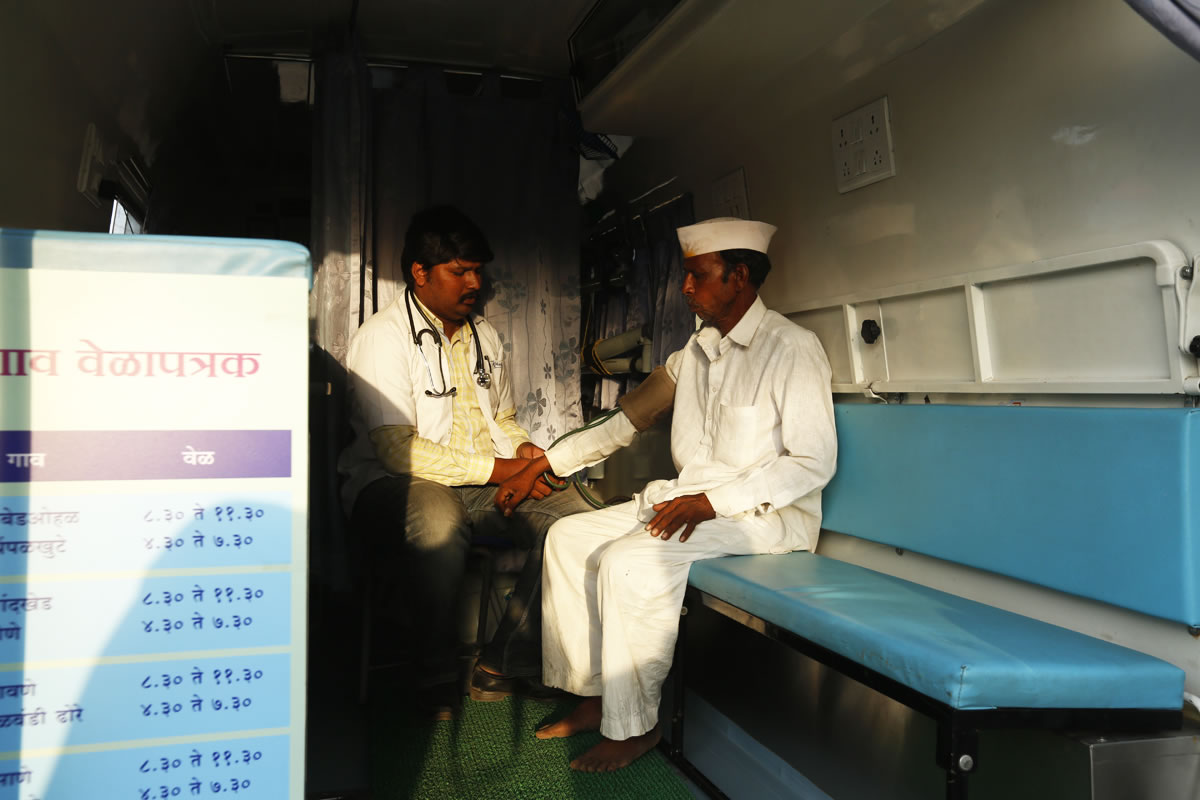 The Golden Hour is a critical period wherein a person who receives medical attention within one hour of an incident has a significantly higher chance of surviving/recovering than a person who does not. As a result, the modern ambulance system has largely revolved around the idea of getting patients to the hospital within the hour. However, this is far from the only strategy that healthcare providers employ. A Mobile Medical Centre (MMC), sometimes colloquially referred to an Ambulance Hospital, is a vehicle that has all the equipment and personnel required to conduct complicated medical procedures, run advanced diagnostic tests, and if necessary, treat patients onsite. This is radically different from the standard operating philosophy of ambulances, which focuses on getting the patient to the hospital on time and merely keeping them alive for the duration of the journey.

As such, there are two main classes of ambulances, BLS (Basic Life Support) and ALS (Advanced Life Support). BLS vehicles are equipped with basic diagnostic and monitoring devices and medicines and dressing material. They are intended to carry non-critical cases and those which need basic monitoring. ALS ambulances, on the other hand, are well equipped with life-saving devices. They are dispatched to deal with only the most critically ill cases and are operated by teams of highly trained EMTs, doctors, and technicians.  ALS vehicles are stocked with basic diagnostic instruments (stethoscope, BP machine, torch, thermometer, etc.), emergency lifesaving medicines, I.V. fluids, oxygen cylinders, AMBU bags, dressing material, and stretchers. Some of the other equipment you can find in these ambulances include the pulse oximeters (to monitor level of oxygen in the blood), cardiac monitors (to monitor heart rhythm), defibrillators (to give shock to the heart which has stopped pumping), ventilators (to give artificial breaths), infusion pumps (to inject emergency medicines in a controlled manner) and suction machines (to suck out secretions in mouth to clear air passage).

Some of the more advanced ALS ambulances have features that rival those of small medical centers, and as such can serve as a reasonable alternative in situations where taking a patient to the hospital simply isn’t possible. In a country like India, these types of vehicles have several crucial advantages in improving patient survivability for the following reasons:

India is a vast country, and most small villages are often several dozen kilometers from the nearest health clinic or medical center and hundreds of kilometers away from specialty hospitals. This makes the traditional approach of transporting a patient to the nearest hospital within the ‘golden hour’ impossible. As a result, the approach of treating the casualty onsite or en-route to the hospital is a far more viable strategy and one that has proven to be enormously effective at saving lives.

The country’s infrastructure, outside of major city centers, is far from well developed, and access to several smaller villages and hamlets is restricted to dirt tracks. This terrain is difficult for most vehicles to quickly navigate, and in emergency situations, this seriously hinders patient survivability. Even in urban areas, the traffic caused by narrow roads and poor city planning severely hampers an ambulance’s ability to transfer patients to medical facilities in time. As a result, it is simply impossible to transport patients to hospitals and medical centers within the golden hour, which makes mobile medical units a major asset in such situations.

Most of the casualties from the Kerala Flood were not from drowning, but rather from diseases, and this phenomenon holds true for several other tragedies in the recent past. The fact is, the disease kills more people than the direct effects of most natural disasters themselves, and this is compounded by a lack of food, contaminated water, the destruction of public services in the afflicted area, and isolation from the surrounding region due to the collapse of local infrastructure. Any disaster area is highly susceptible to epidemics, and local healthcare centers are often inadequate to deal a with large scale health crisis all by themselves. In these situations, mobile medical centers, which are able to reach disaster-afflicted areas in a far shorter time than is required to set up makeshift hospitals, are an essential tool to prevent the spread of diseases among the vulnerable population. They’re also a vital component in several drug distribution channels.

While India has the second largest population in the world, given the sheer size of the country, rural communities are largely isolated and relatively small. This presents a major challenge for private healthcare providers for whom catering to such small groups is simply not profitable and to the government, which lacks the economic resources to set up healthcare centers in such isolated communities. With that said, these people have a right to quality, just like everyone else, and mobile medical units are an excellent way to ensure that they get the care they need, especially in emergency situations. A single ambulance hospital can cover several small communities, and in many ways, serve as an alternative to a local hospital, at a fraction of the cost.

Mobile medical units offer the government all the advantages of an ambulance i.e. speed and cost-effectiveness, mixed with the benefits of a health center i.e. good healthcare facilities. They solve several of the unique geographical, demographical, and economic issues that infringe on the healthcare rights of millions of Indians, and give hope to countless individuals in India’s villages. ZHL operates a fleet of several such MMUs, which have played an invaluable role in saving the lives of people in some of the most remote and forgotten parts of the country, and even in disaster-stricken areas. In fact, in a span of just 6 years, ZHL has served more than 50,15,875 people with the help of MMU’s. A world where every Indian will be within the range of hospital may well be closer than anyone thinks.